The Ethical Dilemma Gap is a multifaceted circumstance that involves an apparent mental conflict between moral imperatives – a moral paradox.  The gap results when we make decisions or behave contrary to what we know or “feel” is right.  To give an example, if any of the following circumstances exist, there may be an ethical gap that needs to be properly bridged: 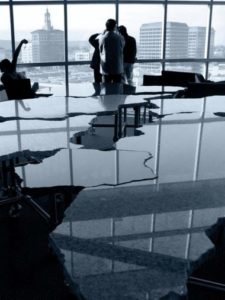 Ethical leadership has become a topic of increasing prominence among organizational leaders, professionals, and employees across varied industries and organizations.  In recent years, we have witnessed wide-spread leadership and ethical failures in some of our most long-standing and financially profitable companies.   We have observed the circumstances, challenges, and conflicts brought about via a lapse in ethical leadership among many well educated and successful companies and individuals.  Think of some of the companies, people, issues, and scandals we have recently experienced.  There was the Enron accounting fraud case, the Bernard Madoff investment scandal, the   Dr. Conrad Murray trial, and the 2008 financial and housing disaster to name a few.

Ethical leadership provides significant benefits for leaders, those individuals who rely on them, and their professions and organizations.  When an ethical culture is promoted and advanced, expectations are set for people to strive for collaboration, enhanced communications, and resolved conflicts.  There is an overarching dedication to trust, integrity, and behavior that leads to the “right” outcomes for the “right” reasons.  Ethical leaders are identified as leaders because they are focused on demonstrating ethical decision making and proper behaviors.  They are also deeply concerned with developing ethically-minded people throughout the institution.  There is a real focus placed on their own internal compasses as well as the ethical growth and development of others.

Ethical behavior is defined as actions that conform to acceptable professional standards of conduct.  It is behavior that is consistent with integrity, common moral values, and suitable principles of conduct.  Ultimately, it is regarded as the actions and decisions we take when confronted with moral contradictions.  If you ask ten leaders if they adhere to ethical behaviors, you will likely get the answer “yes” spoken ten different times.  That is not really relevant however.  It becomes evident when observing one’s behavior and decisions when he is experiencing moral ambiguity and conflicting priorities.  The answer one gives is not really relevant—his actions and decisions are.

The time to learn whether you are working with an ethical leader is when he is experiencing an ethical dilemma.  You can learn a lot by paying attention to how someone bridges the gap between ethics and actions.  The ethical dilemma gap is a multifaceted circumstance that involves an apparent mental conflict between moral imperatives – a moral paradox.  The gap results when we make decisions or behave contrary to what we know or “feel” is right.

Ethical leaders operate on ethical foundations and strive to appropriately bridge the gap between ethical theory, policy, and practice and advance an ethical culture.  Those who operate under this leadership paradigm share an appreciation for ethics and the three (3) Cs – circumstances, challenges, and conflict.  They also have an increased understanding of the ethical dilemma gap, a deeper knowledge for how to contribute to and advance an ethical culture, and an unyielding commitment to continual learning.

According to Tartell (2011), leadership ethics can be learned, and he states that “A moral compass is fundamental.  But much of what leaders need to know, say, and do is based on what they have learned over the course of their careers.”  I am in agreement with this statement.  Just as leadership can be developed and formed, ethics can be as well.

As one develops and grows, he may become better equipped to address an ethical dilemma and develop sound critical thinking skills to consider the positive and negative consequences of decisions.  Finally, he is ever aware of his and others’ behaviors and decisions and how they align with or against bridging the ethical gap.  He strives to successfully meet these challenges so as to produce legal, sound, and morally supported outcomes and remains ever aware that legal is not always synonymous with “right.”

On a near daily basis, most leaders are faced with a circumstance that could lead to an ethical dilemma.  Each time a leader is faced with an issue or decision regarding anything from policies, procedures, confidentiality, finances, personnel issues, contracts, and performance management, he could find himself in a circumstance to test his ethical standards.  Every circumstance or event is an opportunity for him to assert his ethical leadership and set an example for others to follow.  He may build or tear down the culture with various interactions, behaviors, and decisions on a regular basis without even being conscious of doing so.

Leadership decisions can have major consequences (positive and negative).  When acting ethically, the leader thinks critically and takes the time to consider the consequences of his decisions and measures them against what he and his team, organization, or community may gain or lose by the action.  This is a critical process, and the results of this process may guide one’s thinking and judgment and substantially shape his perspective and stance for future decisions and actions.  This is a pivotal point in the road for many leaders and may be where, when he looks back, he finds that he settled on the actions that he was going to take – whether they would lead to ethical or unethical results.

As stated earlier, an ethical dilemma occurs when one is faced with choosing between two or more unsatisfactory alternatives.  It is a multifaceted circumstance that involves an apparent mental conflict between moral imperatives – a moral paradox.  The gap results when we make decisions or behave contrary to what we know or “feel” is right, specifically when situations don’t present clear-cut answers.  There are great quandaries that cause well-reasoned and informed people to disagree, and as a result, many challenges may arise for the leader.

One challenge that a leader may face is a challenge to his integrity and credibility for some personal, monetary, or status gain.  Whether offered something to his benefit or not, at some point he will likely experience that uncomfortable moment where someone superior to him or responsible for his paycheck does something he disagrees with and may even find unethical.  This is the moment.  This is an example of an ethical challenge.  Before this moment, he may have regarded himself as ethical; he may have been sure of his commitment to ethical behavior.  However, if what he witnesses, observes, or is asked to do by his superior is deemed by him to be unethical, how will he respond?  This is the test that proves what we believe about ourselves.  This is where we find out just how much easier it is to claim an ethical status versus actually behaving ethically.  What the leader does here will either solidify his ethical position or create an ethical gap that he will work to justify.

When we operate in ways contrary to how we believe or see ourselves, we create even more challenges.  It is often too difficult for us to handle this lack of moral clarity.  In response, we fight to justify our behavior and even may change our thinking to bring our beliefs in alignment with our actions.  Our credibility is challenged on a regular basis and whether or not we take a stand and what stand we take is vital to our own ethics as well as the individuals we lead.  We go through an internal process of assessing our own accountability, integrity, and reliability, and if we fail our own test or standards too often, we will find that we have actually become more and more unethical without ever agreeing to or “owning” our lack of ethical behavior.  The real challenge for ethical leaders is to be ever vigilant in evaluating our own behavior and decision making against each circumstance while searching for consistency and transparency throughout.

Conflict is natural and inevitable, and while striving to serve as an ethical leader, one is bound to experience internal conflicts regarding his own self-evaluative process as well as external conflicts relating the circumstances and challenges of any ethical dilemma.  Ethical leadership is about being clear about principles and values as well as what behaviors need to be demonstrated to reflect said principles and values.

When faced with an ethical dilemma, one needs to thoroughly consider the desired outcomes for the circumstance, what decisions will lead to those outcomes, and the positive and negative consequences of the decisions.  It is also important to contemplate alternative decisions and outcomes from the perspectives of others who may be impacted by the decision.  By doing this, the ethical leader will be well positioned to respond to and confidently address conflicts as they arise.

What have been some of your greatest ethical dilemmas?  And what about your team members and staff?  Who is responsible to lead discussions about ethical leadership within your organization?

Conflict is defined as a real or perceived threat or opposition to one’s needs, interests, principles, concerns, or security.  Some of the most common conflicts result from things such as:

As an ethical leader, one could mitigate many common conflicts by simply applying effective communication techniques, becoming aware of and using proven conflict management strategies, and setting and adhering to common standards and core values on a consistent basis.  By putting safeguards in place to assess and contrast standards, behaviors, and decision making, you will have another great method to advance an ethical culture among all members of an institution.  These standards and safeguards will greatly serve to support ethical behaviors and minimize the risk of ethical violations.

Ethical leaders are better equipped to appropriately manage conflict because they have deeply considered the circumstances that lead to unethical behaviors and the steps they need to take to direct their own ethical behavior.  They also consider the consequences of their actions as well as the actions of others.  The means matters more than the ends with these leaders.  They are more concerned with how the results were attained rather than just attaining the results.

As leaders, and especially as ethical leaders, it is incumbent upon us to make ourselves aware of the interrelationships between organizational standards, values, and beliefs and our personal ones.  We can close a gap between organizational, professional, and personal ethics by building distinguishable standards and pondering and answering the seven questions that follow. 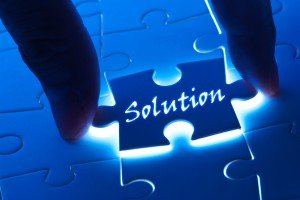 The standards will be only as good and useful as the safeguards put in place to support and measure them.  Safeguards are excellent for initiating dialogue among other decision makers and can serve as tools by which to measure and evaluate behaviors and decisions throughout the institution as well as develop other leaders and staff.  The standards and safeguards should be transparent and established with buy-in from other leaders and team members within the organization.

The standards are applicable whether working in a large or small organization and/or if working in private practice in one of the professional fields such as a law, medicine, or consulting.  While the standards do serve to support and advance an ethical culture, they have to be critiqued and measured periodically to determine any need for modifications, additions, or removals.  The following test provides seven questions which can be applied when striving to properly bridge the dilemma gap and act ethically.

In order to deem yourself an ethical leader, you need to be sure that your deeds represent you well and reflect the highest ethical standards for the circumstances, challenges, and conflicts that you encounter.

What metrics do you have in place for determining ethical leadership success and how do you communicate these metrics with your internal and external stakeholders?  Or do you?